By Joanna Alhambra  Published On February 20, 2021

Passwordless authentication security is a trend in identity and access management (IAM). It is becoming a preferred IT security method as passwords are weak in securing user and company data. In fact, 81% of breaches involve weak or stolen passwords. Needless to say, passwords sit as the focal target of hackers and cyberthreats.

In reality, storing and remembering multiple passwords can be a hassle for an average user. A typical employee most probably has gone through a cycle of creating, retaining, and forgetting a password multiple times. As a result, 70% of employees reuse passwords at work due to the inconvenience.

Passwords can also be tedious not only for users but for the IT helpdesk as well. IT gets accountable to securely recover passwords whenever they receive ‘forgot password’ requests from users. The process of retrieving passwords can sometimes risk a breach, which can endanger the organization’s data privacy at any moment.

What is Passwordless Authentication?

Passwordless authentication is a security access method that allows users to access and enter a platform without entering a password. Instead of passwords or any other knowledge-based information, the authentication would require a possession factor or inherent factor.

By definition, a possession factor will pertain to unique keys; a one-time password (OTP), a registered mobile device, or a hardware token. On the other hand, an inherent factor will refer to distinct attributes; biometrics scanning of fingerprint, face, retina, and voice, among others.

In comparison to the above mentioned, knowledge-based information such as passwords, passphrases, or PIN codes are susceptible to threats. These information can easily be stolen, shared, or even guessed. Moreover, managing and securing passwords can take much time and effort for users and the IT team.

How Does Passwordless Authentication Works

Passwordless authentication is a type of technology that falls under multi-factor authentication (MFA) technologies. MFA requires two or more factors to replace passwords with more secure variables such as possession and inherent authentication factors.

In addition, passwordless authentication underlying technology makes use of the blockchain. Blockchain is a digital distributed ledger that is encrypted with cryptography. This makes a blockchain immutable and near-impossible to hack.

For that reason, passwordless authentication utilizes blockchain technology. Blockchain protects user identity along with the data stored on public domains and platforms through the use of cryptographic keys.

The cryptographic key pair consists of a private and public key. Though both are called keys, the concept is similar to the real key-and-padlock scenario. The private key serves as the ‘key’, while the public key acts as the ‘padlock’. Then, there is only one specific key that can unlock the public key.

For example, the private key is stored on a user’s smartphone device with an authentication factor. It could have captured and stored a user’s fingerprint, PIN, or voice. Meanwhile, a platform — website or application— integrates a public key for added security. This system will allow users to gain access only when they get verified through these gestures.

For people who want an extra layer of account protection, they can opt to generate a public-private key pair. Besides, passwordless authentication tools today usually come in handy in the form of a smart application.

Yes, it is safer! With cryptography and hard-to-fake authentication variables, passwordless proves to be more secure for the average user. Moreover, going passwordless is more convenient for users. They don’t need to fret about losing their passwords to the wrong hands.

Another innovation on the rise is 1Kosmos BlockID, a next-generation identity authentication tool that is interoperable with any platform and infrastructure. As a private key, BlockID makes use of advanced biometric tools with added security features as the liveness face authentication.

Password authentication can smoothen the identity verification process while also reducing the risks and management costs associated with passwords. However, it is not designed to replace the use of established identity standards and protocols.

You have read an explainer that includes reasons for your organization to drop password-based security access and upgrade to passwordless authentication. Interested to know more? Get in touch with our cybersecurity sales team. 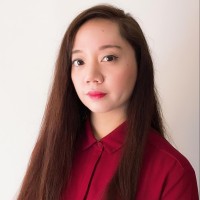 Joanna Alhambra is a product marketing and content marketer for Incube Solutions. With a journalism degree, she made use of her writing skills in the IT industry to promote Software as-a-Service solutions for digital transformation.

SSO Explained: What is Single Sign-On in Access Management

Zoom Boom: Uptrend of the Best Video Conferencing Software in 2020
Next Article